A Guide on How to Play Omaha Poker

Gambling, no matter who we are and what we do at some point in our lives we all have to take a gamble. After all what is life if not an uncertain gamble with the highest stakes. The risk and thrills involved with gambling can make it very addictive and the rush that you get when you win is what keeps people coming back for more. Throw in a little strategy and you have a killer combination. Poker is a lethal combination of strategy and risk and this is why it is the most popular gambling card game in the world. A game of poker involves individuals betting money and trying to outsmart and out bluff each other. You will even see a lot of chip tricks. There are a number of variants to the game of poker and one of the more popular variants is omaha poker. In this article we will find out more about omaha poker and how to get in hand the winnings of this gamewhen you are at the top.

Omaha poker is very similar to texashold’em poker. The similarity between the two games is that the dealer deals five community cards that every player can use to make the highest possible hand. The difference between the two games is that in texashold’em the players are dealt only two cards each whereas in omaha poker each player is dealt four cards each. The main rule in omaha poker is that every player must make his or her hand with two cards from the hole, which means that the hand must have only two cards from the cards that were dealt to each individual and the other three cards from the hand must be from the community cards on the table. Thus, a hand can be made by choosing five cards from a total of nine cards, five community cards and four individual cards. Omaha poker is played with a standard 52 card French deck. There are two main variants of omaha poker, omaha high and omaha hi/lo split that is also known as omaha eight or better.

Apart from this there is not much difference between omaha high and texashold’em. Like in other poker variants the dealer deals from his left and the button to mark the dealer is passed on clockwise. The game follows a specific routine. It starts with the dealer dealing the hole cards and the placing of the small and big blinds. One the blinds have been posted the game begins. The next stage of the game is the flop. After the blinds are posted and the players have received their four cards in the hole the first round of betting begins. At the end of this round the dealer deals three community cards face up on the table and this is known as the flop. Another round of betting begins; this round is called the turn as the dealer will turn over another one of the community cards and the minimum bet for the next betting round is increased. When the last card is turned face up the stage of the game is referred to as river and the game ends with a showdown if more than one player is still left in the game. 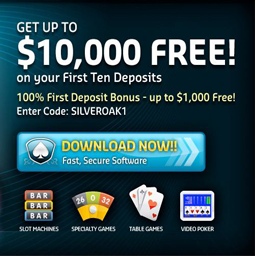