7 Things You Never Knew About Cards 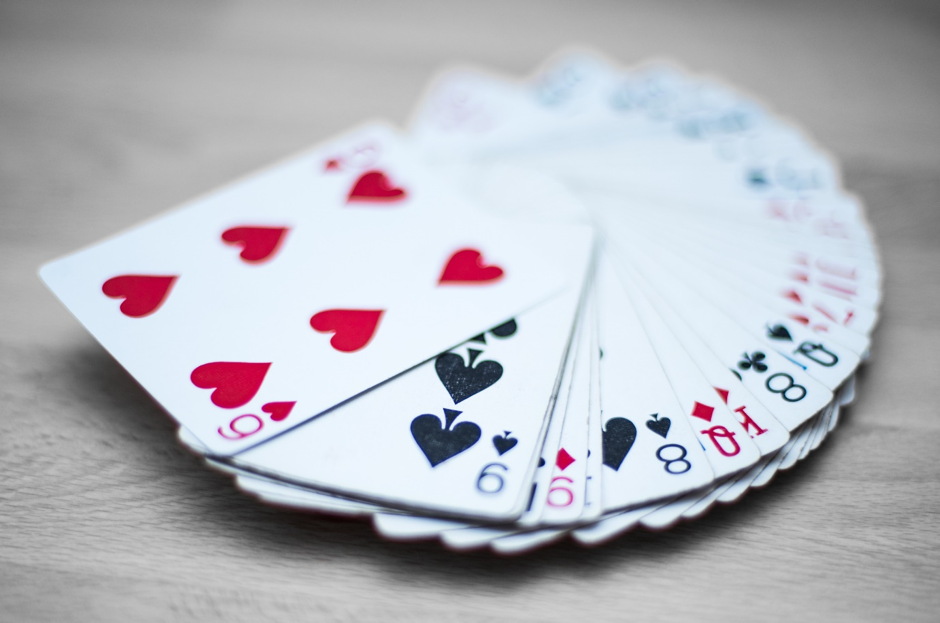 From movies, to video games, and of course, the multi-billion dollar gambling industry, playing cards have been a part of society for centuries. Roughly eleven of them, to be precise. Finding its roots all the way back in Imperial China in the 9th century Tang dynasty, playing cards are one of the most versatile, easy-to-use forms of entertainment. Let’s take a look at a few things you might not know about the humble playing card.

1. Nobody truly knows what the suits are based on, but one theory states that they represent the four seasons. Each of the 13 cards per suit represent the 13 different phases of the lunar cycle. Also, there are 52 cards in a deck of cards and 52 weeks in a year. Strange coincidence?

2. The four suits we commonly use today weren’t always the standard. Supposed to have originated from the Middle East, the first four were swords, sticks coins and cups.

3. There’s a reason that the infamous Ace of Spades looks so unique compared to the rest of the deck. Card manufacturers initially needed a way to improve their profit, and did so by taxing the Ace of Spades alone, using the blank space on the card to show that the tax had been paid.

4. Ever heard the phrase “not playing with a full deck”? The term often refers to someone who doesn’t seem to be all there, or isn’t making much sense. No-one knows the true origins, but a viral story reported that the phrase originated back in the 1500s, when a tax was set against decks of cards. Players got around this tax by buying incomplete decks of 51 rather than 52 cards.

5. The first known report of a card game dates all the way back to the 9th century. The book ‘The Collection of Miscellanea at Duyang’, written by Tang dynasty writer Su E mentions a Princess playing something referred to as the leaf game. If reports are true, this could well be the start of casino card games as we know them today.

6. Each pattern on the back of a card deck is completely unique to the company that manufactured it. No matter the similarity!